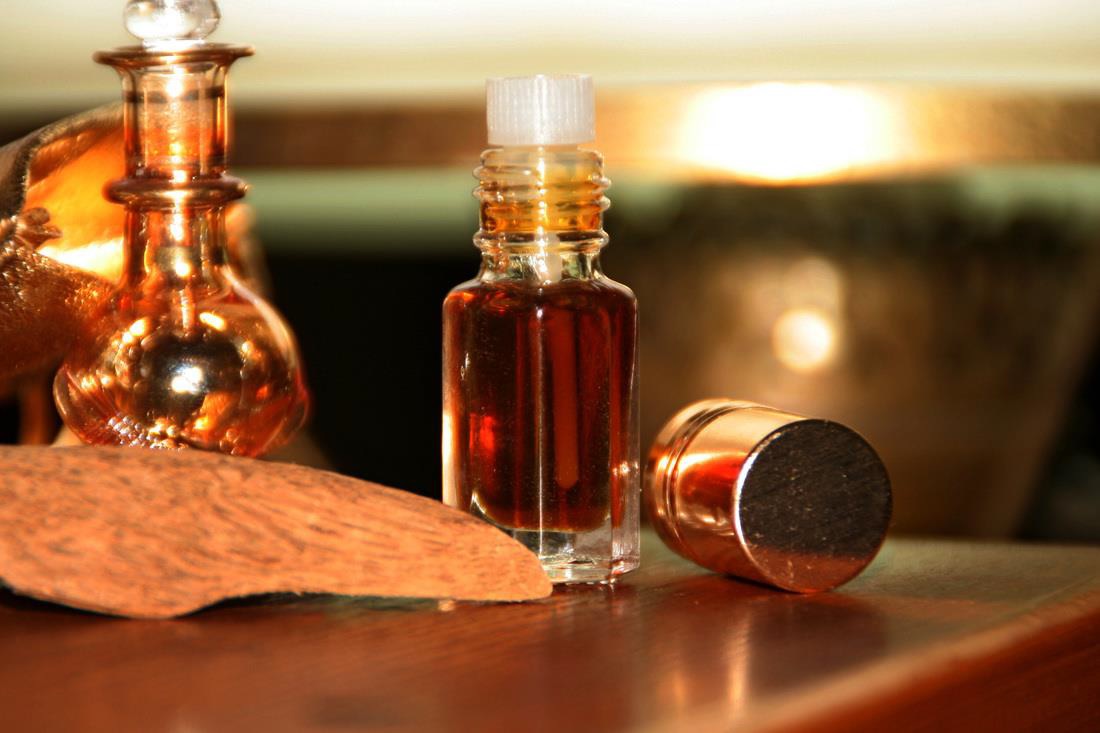 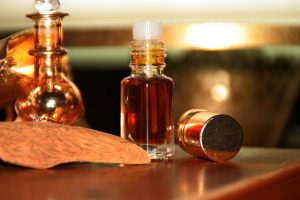 The word “attar”, or perfume oil is believed to be derived from the Persian word itir meaning perfume, which is taken from the Arabic word itr. Attar is an essential oil, derived from botanical sources, like flowers, plants, and herbs. The Egyptians were famed for producing perfumes in the ancient world. They were formulated from flowers and plants, before being added to other oils. Ibn Al Baitar, a pharmacist, physician, and chemist (1188 – 1248) is the earliest recorded person mentioned to use methods and techniques to produce essential oils. The Persian physician, Ibn Sina, was the first to use distillation to derive the attar of flowers and herbs, roses in particular. Prior to his discovery, perfumes used to consist of oils and crushed herbs. In general, perfumes qualifying as natural, are distilled with water. Attar can also be distilled by chemical methods, but these are not categorized as natural perfumes. Once the oil is extracted, it is distilled into a wood base like sandalwood, then aged for between one and ten years, depending on the botanical used and the desired results. 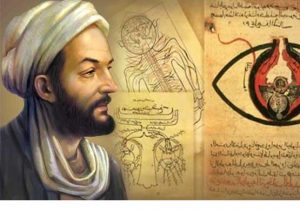 WHAT ARE THE OPTIONS?
Perfumes typically come in three forms: eau de toilette, Eau de perfume, and cologne. Occasionally, some brands may offer a 4th option: perfume, or Extrait de perfume, which is more concentrated than its counterparts. The concentration of perfume in cologne is 2-4% perfume, an eau de toilette contains 4 – 8% perfume, while an Eau de perfume contains 8 – 15% perfume. The extract typically contains 20 – 30% perfume. From these figures, it is clear to see the vast majority of money spent on designer fragrances is definitely not going on the actual product, which is shockingly very low in concentration. Conversely, attar oils are essentially pure perfume, which designers will dilute up to a maximum of 92%, as in the case of eau de toilette. The perfume concentration in attar perfume oils is 100%, as they are fully undiluted, which is why they have such strong lasting power and provide a higher quality of scent, and of offering consumers far greater value for their money.
Designer fragrances are mass-produced, usually expensive, and often rely heavily on celebrity endorsements, fancy packaging, bottles, and an expensive advertising campaign to boost exposure and increase sales. This means consumers are bombarded with these designer goods wherever they turn, as they are advertised everywhere, as well as sold everywhere from supermarkets to department stores, thus accessing all consumer demographics. Designer fragrances are made from a cocktail of essential and fragrance oils (an olfactory concoction very similar to attar oil), then heavily diluted with water and alcohol. This enables large quantities to be produced and sold, sacrificing the quality and longevity of the product, in favor of making serious sales using gimmicky sales pitches. The purpose of adding alcohol to perfumes is to dilute it, stabilize the perfume and control the concentration of the scent and how long it lasts on the wearer. It also happens to be a drying agent and can often lead to the quicker evaporation of a perfume, which is why some perfumes often don’t last very long, with some fragrances fading within just a few short hours!! This is rather disappointing, considering how much money is put down for them!!
Designer fragrances, made by fashion houses, such as Armani, Christian Dior, Chanel, Gucci, and Tom Ford have far greater exposure than their niche counterparts. This is largely down to celebrity endorsements and their affordability, which doesn’t burn a large hole in one’s pocket!!
Niche fragrances are considered the “new kid” on the block and have rapidly become synonymous with luxury and exclusivity in a new “elite” perfumes market. Fragrances by brands such as Maison Francis Kurdjian, Thameen, Le Labo, Roja Dove, Montale, Clive Christian Atelier Cologne, Jo Malone, and Serge Leutens, to name just a few, exude an aura of uniqueness and prestige in their scent. This is largely down to the fact they’re not mass-produced, nor do they smell like any of the offerings in mainstream perfumes. Plus, they carry the desirable effect of being exclusive, with the wearer not smelling like everyone else.
As mentioned earlier, niche perfumes tend to be produced in limited or lesser quantities, unlike designer fragrances. However, many niche brands are becoming more and more accessible to consumers, with a greater presence and visibility online, in department stores and boutique shops, offering consumers an alternative to designer fragrances. While mass-produced perfumes are designed to meet consumers’ needs, niche fragrances and brands are typically more concerned with the art of perfumery and the preservation of original scents and raw materials, often with a higher concentration of perfume, thus giving the wearer that “unique” element. And we, are here for that – who wants to smell mainstream when they can stand out and smell different, right? Niche fragrances tend to have greater scent longevity than their designer counterparts, due to a greater perfume content.
Niche perfumes are considered an alternative to traditional and mainstream perfumery. Constructed from beautiful, raw materials, the art of niche perfumery is considered “exceptional perfumery”. These beautiful, niche creations are created with delicacy, care, and respect for, and reverence of the raw materials from which they are created, combined with traditional know-how. Thus, it is thought niche perfumes can connect to and liberate the wearers’ memories and emotions, due to the powerful connection between scents and the mind. 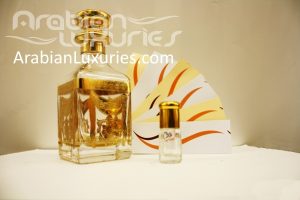 WHAT’S THE ALTERNATIVE?
This brings us nicely onto the next subject…..perfume oils. Perfume oils, often known as attar, are offering a more affordable and appealing alternative to perfumes. This is a fast-growing market in the UK fragrance industry. Attar perfume oils have been using exclusive and exotic ingredients, like oud, musk, and amber for centuries, something western fragrance brands have only recently started cashing in on. Attar oils are the foundation of the mainstream fragrances we buy before they are diluted with water and alcohol and marketed with celebrity endorsements and campaigns like Beyonce and David Beckham. They’re also a much more affordable alternative to their designer counterparts, such as Versace, Chanel, By Killian, Creed, and many, many more (see our full list here). Unlike conventional perfumes, Attar perfume oils don’t contain alcohol and are not diluted with water, so are an ideal substitute for those who are concerned about what goes on their skin.
Attar is the concentrated perfume, which perfume brands will dilute with alcohol and water, for mass production. Minus the fancy marketing, celebrity endorsements, and packaging. Which is where most of our money goes and who wouldn’t rather have more perfume than packaging, right!?! Due to their concentration, attars, or perfume oils are much longer-lasting than their diluted perfume counterparts and a little really goes a long way – trust us!! So, if you wanna smell better than the perfume, have everyone commenting on and complimenting your scent while saving a whole load of money at the same time AND feel good in the process, invest in some attar perfume oils. Plus, what you save, you can spend on more attars and change up your scent as often as you like. Note: there is NOTHING wrong with a designer or niche perfumes, but a true appreciation of the art of perfumery and scents, lies in the newly emerging attar perfume oil market.
Because attar perfume oils are not diluted with water or alcohol, they have extremely long staying power (approximately 8 – 16 hours on skin or hair and 24 – 72 hours and sometimes beyond, when applied on clothes). Thus, perfume (attar) oils have a much longer shelf life than conventional perfumes. The affordability of attar perfume oils means the scent options are quite limitless – due to their low price, consumers are able to explore more scents, as well as trying scent layering and combining, to give the wearer a truly unique scent.
But which one should you buy? This comes down to personal choice, preference…and budget – do you want to smell nice, but have to keep reapplying your scent? Or do you want to smell unique and luxurious and be known for your memorable and lasting, unique scent?

A HISTORY OF ATTAR PERFUME OILS AND PERFUME
Ibn Seena’s popularity and fame spread across continents with his development of rose water, which was far more delicate than former versions. Attar also has its foundations in medicine; Ibn Seena created a minimum of 62 cardiac medicines, 40 of which, using attar; namely attar of rose, attar of oud, attar of jasmine, and attar of saffron (see our collection of floral attars here). Attar was actually used as a medicinal product before its use as a fragrance. It was widely used in Greek medicine, as well as use to treat numerous health disorders amongst natives of Arabia and the Indian Subcontinent. 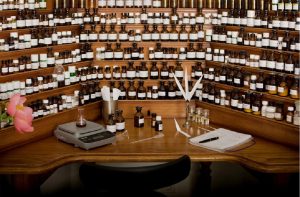 Fast forward to modern-day medicine, where the use of essential oils is still very much integral to and intrinsic in the formulation and practice of medicine. Modern-day therapies, like aromatherapy, rely significantly on the use of essential oils to tap into and treat different parts of the mental and emotional state, as well as the physical state, aided with the use of massage. The use of scent as treatment, or aromatherapy, is well documented throughout history to treat a plethora of mental and physical ailments. With the current trend of “clean” medicine, health, and beauty; essential oils, including attar perfume oils, are having a major resurgence in popularity, in the perfume, medical, and even beauty arenas.
Attar perfume oils are typically classified by their perceived effect on the body:
Attar perfume oils, such as musk, saffron, and amber were considered to be “warm”, therefore their use was favored in the winter, as it is believed they raise the body temperature. Conversely, scents like jasmine and rose were considered “cool”, therefore favored in warmer weather, as they were said to lower the body temperature. It is noteworthy to remember that attars were primarily used for their medicinal and aphrodisiacal properties, as well as their fragrant properties. Explore our vast range of attars here and be sure to stock up on your favorite attars or try a new scent and let us know the effect the attar has on you!!

In the Eastern world, Attar was offered by nobility to their guests upon departure. It would be gifted in small, crystal bottles symbolizing luxury, grandeur, and status. This practice still exists in parts of the Middle East. The most famous and notable example is that of the Three Wise Kings when visiting a certain baby, bringing with them gifts of Gold, Myrrh, and Frankincense. 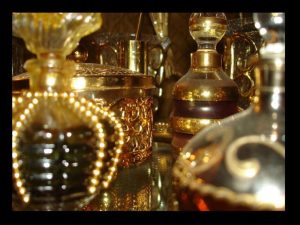 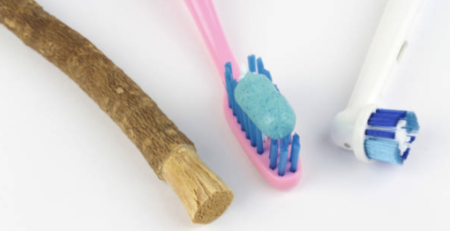 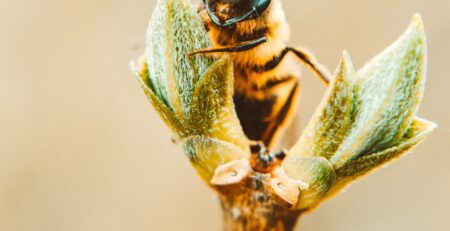 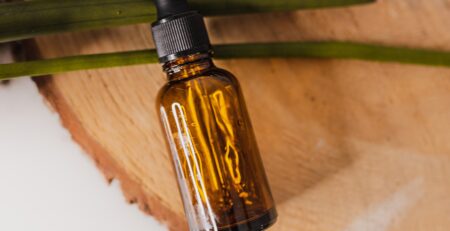 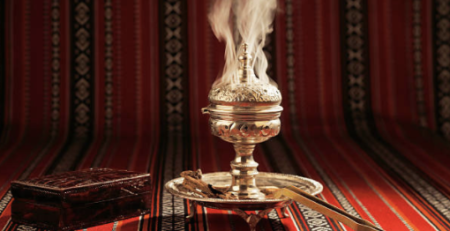 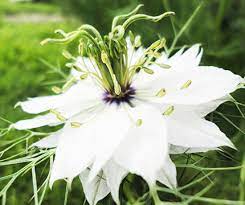 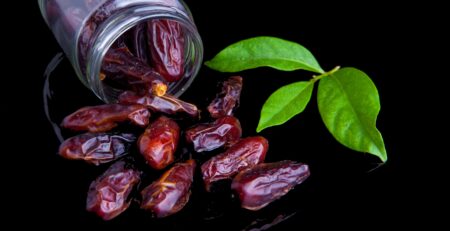 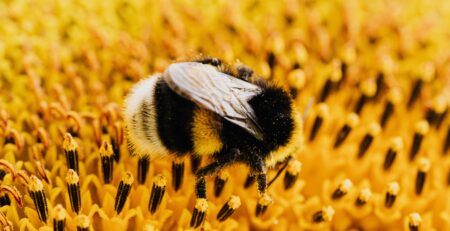